This post was first published in RIGHTS IN CONTEXT on the 2013 Blog Action Day (16 October). 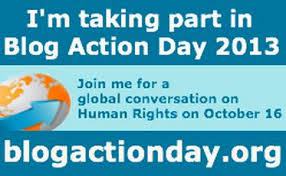 This blog post is a collection of open questions rather than the statement of an opinion. I hereby want to share with you the 4 questions and 2 observations that are inspiring the doctoral project that I have recently started at King’s College London.

In a paper published in 1998, Martha Finnemore and Kathryn Sikkink famously presented a model of international norm diffusion based on a three-stage life cycle: emergence, cascade and internalisation. States and international organisations play the main role at the second stage, in the “norm cascade”, when they choose to embrace certain norms, understood as “standards for the appropriate behavior of states” (p. 893). Finnemore and Sikkink argue that “states comply with norms in stage 2 for reasons that relate to their identities as members of the international society” (p. 902). 1st question: Do legitimacy and reputation sufficiently explain the motives behind a given country’s decision to be a international human rights norm promoter? This question seems particularly relevant considering that International Human Rights Law was born and grew up during the Cold War.

1st observation: No human rights norm has settled in spite of the lack of support from Europe. (I understand “Europe” mostly as “Western European countries” and not necessarily the EU). There is allegedly one possible exception: The International Convention on the Protection of the Rights of All Migrant Workers and Members of Their Families, of 1990, which has only been ratified by one European country: Albania. Paraphrasing Mervyn Frost (1996: 105), “I shall regard a norm as settled where it is generally recognized that any argument denying the norm (or which appears to override the norm) requires special justification”. At this point, there seems to be an interesting connection between this meaning of the idea of “norm” in International Relations and the modern concept of “customary international law”, promoted by the International Court of Justice in its judgment of the Nicaragua case: “In order to deduce the existence of customary rules, the Court deems it sufficient that the conduct of States should, in general, be consistent with such rules, and that instances of State conduct inconsistent with a given rule should generally have been treated as breaches of that rule, not as indicators of the recognition of a new rule” (1986, para. 186). Commenting on this judgment, Oscar Schachter (1996: 532) noted that “in place of a practice that began with the gradual accretion of acts and subsequently received the imprimatur of opinio juris, the Court reversed the process: an opinio juris expressed first as a declaration would become law if confirmed by general practice”.

Based on the first question and the first observation, I formulate a 2nd question: Why is the support of Europe a necessary condition for the diffusion of a human rights norm? In other words, what defines Europe as a key player at the stage of “norm cascade”?

This leads to a 3rd question: Why do some norms get more support than others? Addressing this question would most likely require analysing comparatively European countries’ policies in relation to norms at different stages of acceptance or development. In this sense, we can distinguish at least between four types of norms:

The 2nd observation is this: The world is changing. Europe declines while new powers emerge. (Find a previous post on this matter here).

This takes us to the 4th and last question: Based on the third question and the second observation, how may the changes Europe and the world are experiencing affect the international diffusion of human rights norms in the coming years?

Here you have a basic summary of the ideas I am thinking about at this very early stage of my MPhil/PhD research. Note that these are questions rather than answers. I would love to get input and comments from you. Please feel free to drop some lines below or email me. Thank you!