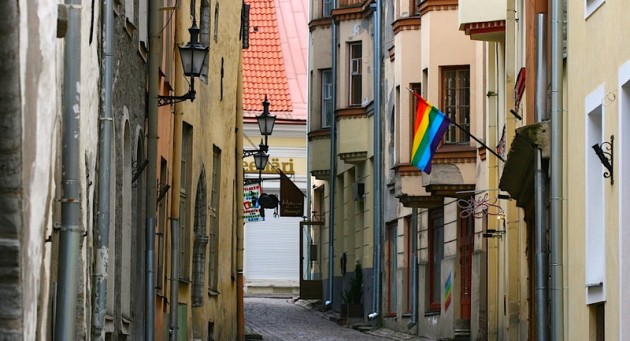 Earlier this year, many of us felt proud of Ireland. 62% of Irish people voted to proclaim marriage equality in the national constitution. Ireland, a country of profound Catholic roots, had become the first country to recognise at the constitutional level the right to marriage regardless of sexual orientation. It was very good news for those who believe in human rights, equality and non-discrimination.

Last week, only seven months after the Irish vote, 63.5% of the Slovenian electorate rejected a law allowing same-sex marriage. Turnout was rather low (36%), lower than in Ireland (61%), but enough to make the result just as valid. The result was particularly disappointing considering that in 2005 Slovenia became the first Eastern European country to legally recognise same-sex partnerships. (By the way, two days after Slovenia voted against equal marriage, the Greek Parliament voted in favour of civil partnerships for gay people).

Reportedly, the Slovenian constitution forbids referendums on human rights issues, but the Constitutional Court authorised the popular vote called by a civic platform (suggestively named “Children Are At Stake”) that had gathered more than 40,000 signatures.

I haven’t been able to find the ruling in English, so I am not familiar with the Court’s reasoning, but the Slovenian story makes me wonder: Should rights be submitted to referendum?

On the one hand, popular vote sends a strong endorsement to human rights. There is no doubt that the message is much more powerful when we say “most of us believe that we all have the right to X” than when we say “an unaccountable body of international legal experts have interpreted Article Y of treaty Z to mean that we all should have the right to X”. Moreover, human rights are often proclaimed at the highest juridical level (in constitutions and in international law), and doing so requires some sort of democratic exercise of decision-making (constituent power adopting the constitution, or the state ratifying a treaty in exercise of its national sovereignty).

On the other hand, however, the whole point behind human rights is that they belong to each one of us, even when majorities don’t like them. We would probably not accept a legal system that openly discriminates against 10% of the population, even if such a system is supported by the other 90%. And we would not feel comfortable in submitting to popular vote whether freedom of expression, racial equality or freedom from torture should be applicable to all.

This blog post only asks a question. It doesn’t provide an answer. But feel free to express your opinion below.